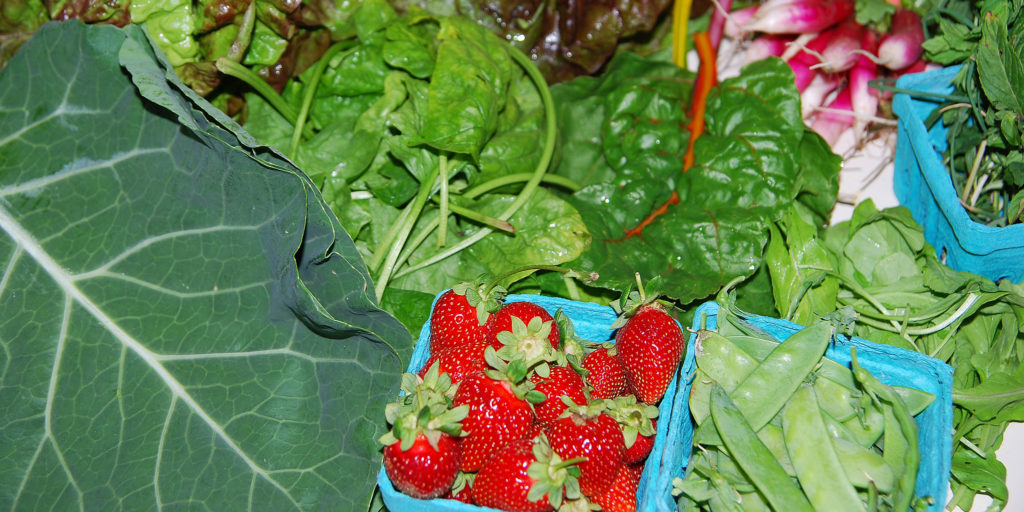 A trip to the supermarket – or a local farmers market or farm stand – offers a dazzling array of fruits and veggies. Which should you pick? If you’re looking for the healthiest choices, head straight for the organic section!

Organic foods are those grown without synthetic pesticides, herbicides or fertilizers, as well as other materials such as hormones, antibiotics and genetically modified organisms – all of which are used in conventional agriculture. Organic farming practices include the use of cover crops, manures and crop rotations to fertilize the soil, maximize biological activity and maintain long-term soil health.

A groundbreaking study published in the Journal of the American Medical Association in December 2018 found that eating organic foods can dramatically reduce your risk of developing cancer.

The study, led by a team of French scientists, tracked the diets of nearly 69,000 adults over four-plus years. Those who consumed the most organic foods were 25 percent less likely to develop cancer – especially lymphomas and postmenopausal breast cancer – than those who rarely or never ate organic foods.

“Although our findings need to be confirmed, promoting organic food consumption in the general population could be a promising preventive strategy against cancer,” said Julia Baudry, the study’s lead author.

More than three-quarters of the study subjects were women, and the average age was the mid-40s. Study volunteers were scored on how often they ate 16 organic products, including fruits and vegetables, meat and fish, ready-to-eat meals, vegetable oils and condiments, dietary supplements and other products.

The French study is just one of many that have found links between organic foods and improved health.

Many conventionally grown fruits and vegetables are sprayed with pesticides. Washing them isn’t completely effective. Even if you use soap and water, traces still remain.

Agricultural chemicals linked to cancer include the pesticides malathion and diazinon, and the herbicide glyphosate, the active ingredient in the weed-killer Roundup.

For the sake of your health and that of your loved ones, consider going organic! If you can’t go completely organic, you can at least avoid the Dirty Dozen!

To learn more about the French study of cancer risk and organic eating, go to https://jamanetwork.com/journals/jamainternalmedicine/fullarticle/2707948

For the Environmental Working Group’s shopping guide to conventional produce, go to https://www.ewg.org/foodnews/summary.php. The guide includes information about other studies on the impact of pesticides on health.

For information on organic food production, visit the U.S. Department of Agriculture’s site at https://www.nal.usda.gov/afsic/organic-productionorganic-food-information-access-tools