Over 50 Years of Impact 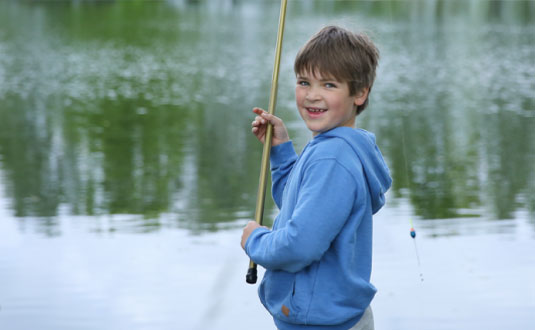 From our Great Swamp roots, New Jersey Conservation Foundation emerged as a strong advocate for land and an effective land conservancy. During the last 50 years, we have preserved more than 120,000 acres, including many that are now federal, state, county or local parks, using every legal means available for land protection to achieve conservation goals. We also pioneered the use of conservation easements in New Jersey as a land-saving tool.

We were instrumental in the passage of dozens of landmark environmental laws, including those establishing the Freshwater Wetlands Protection Act and the Pinelands and Highlands regional planning acts. We have advocated forcefully against inappropriate development, at times through litigation. As a result, many threatened lands were preserved, including Sparta and Wildcat Mountains in the Highlands, lands within the Pine Barrens and Newark’s pristine Pequannock Watershed, Soldiers and Sailors State Park in Edison, and Curlis Lake Beech Forest in Pennington. We fought and prevented the diversion of preserved public lands to other uses, including Hamburg Mountain Wildlife Management Area, Newark’s Riverbank Park, and parkland in South Harrison, Gloucester County.

We have published significant and influential reports on land use issues. In 1992, we raised the alarm about the need to protect the Highlands region with The New Jersey Highlands: Treasures at Risk. We created regional open space plans including Greenways to the Arthur Kill, and Charting a Course for the Delaware Bay Watershed. We also produced a report on taxes and farmland in New Jersey titled Gaining Ground.

Over the years, we fostered and mentored dozens of local and regional citizen organizations and conservancies, including the Association of New Jersey Environmental Commissions, the Pinelands Preservation Alliance, the Highlands Coalition, Hunterdon Land Trust Alliance, Monmouth Conservation Foundation, Friends of the Sparta Mountains, Harding Land Trust, Friends of Hopewell Valley Open Space, Musconetcong Watershed Association, South Jersey Land and Water Trust, Ridge and Valley Conservancy, Rancocas Conservancy, and many, many others. See list of partners and links to their websites >

For nearly 45 years, we have produced a weekly column, The State We’re In, which reaches hundreds of thousands of newspaper and internet news readers. Since 1996, we have co-sponsored and led the state’s largest annual conservation conference. We developed the Songbird Connection, a teaching curriculum focused on neotropical songbird migration, currently used in both the United States and Costa Rica. In addition to reports on land use issues, we publish periodic publications including our newsletter, New Jersey Conservation. We serve as speakers and panelists in many venues and we testify and provide information at public hearings before all levels of government. We distribute conservation alerts that mobilize citizen action on key policy issues.

Lastly, we have developed a system of nature preserves – lands we own and manage for public use. Taking these efforts to a new level, in 2003 we purchased 9,400 acres in the heart of New Jersey’s Pine Barrens – the largest private land trust acquisition in state history – and created the Franklin Parker Preserve. By 2008, the largest freshwater wetlands restoration project in the Northeast was underway at the Franklin Parker Preserve. The project won a Governor's Environmental Excellence Award in 2011.

See our preserves map and learn more about individual preserves >

Over the years, we have used innovative techniques to protect land across New Jersey, including:

Today, we continue to work across the state from Cape May to the Highlands, from the Hudson to the Delaware – and everything in between. To find out how you can help, contact us at 1-888-LAND-SAVE (1-888-526-3728) or info@njconservation.org.

New Jersey Conservation Foundation preserves land for you - but we can't do it alone. Become a member today!