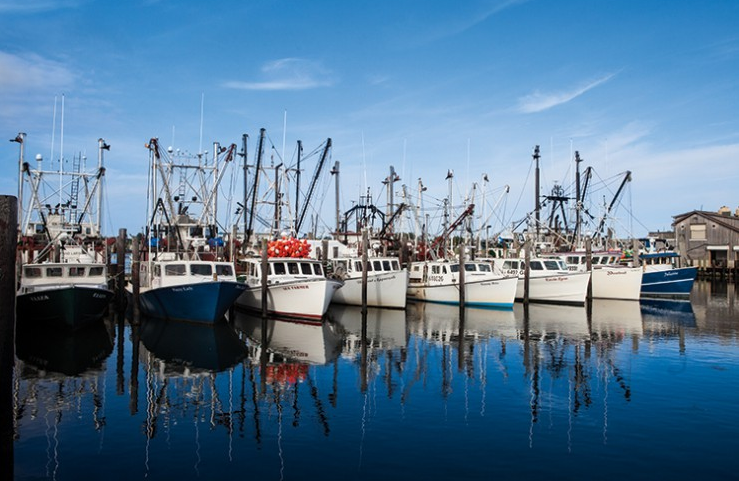 Around the globe, climate change is leading to increased ocean temperatures and more acidic water. The impact on fish and the fishing industry is enormous.

The problem is especially troubling in the waters off New Jersey and the Atlantic coast.

“Here in the northeast, the water is warming faster than almost any place in the world,” says Malin Pinsky, associate professor in Rutgers University’s Department of Ecology, Evolution, and Natural Resources and co-author of several recent studies on ocean impacts. “This corner of the ocean is seeing some very dramatic changes.”

From 1977 to 2015, water temperatures in the Mid-Atlantic Bight – the area of ocean from North Carolina to Massachusetts – rose 3.5 degrees.

The increase may seem small, but to fish and shellfish, it’s huge. “It turns out that ocean animals can tolerate only a narrow range of temperatures,” said Pinsky. “They’re quite sensitive.”

The northward migration of fish and shellfish means change. Species once abundant in New Jersey are leaving, and others rarely seen are becoming common. These changes are impacting recreational fisherman, commercial fishing and processing. “That means jobs,” said Pinsky. “When a species moves, there are ripple effects throughout communities, economic effects.”

Here are some examples right off New Jersey’s coast:

The shifting fish populations are making it more challenging to monitor and regulate fisheries and conserve species. “In many ways, the fish are outrunning the regulations,” Pinsky noted.

Fish migrations are also changing due to ocean warming. Migratory fish including bluefish and striped bass may arrive earlier in the spring and later in the fall.

To Pinsky, the changing fish populations off the New Jersey coast are yet another sign that global action is needed to reduce the impacts of climate change.

“The ocean too often is out of sight, out of mind,” he said. “But it’s 70 percent of Earth’s surface. We’re all connected, whether we know it or not.”

To learn more about the Rutgers fish studies, go to https://news.rutgers.edu/climate-change-shrinks-many-fisheries-globally-rutgers-led-study-finds/20190221#.XQqWLbxKjcv and https://news.rutgers.edu/climate-change-shift-many-fish-species-north-disrupting-fisheries-rutgers-led-study-finds/20180516#.XQqWT7xKjcu.

For more information on climate change and its impact on the New Jersey coast, visit https://coastalresilience.org/project/new-jersey/