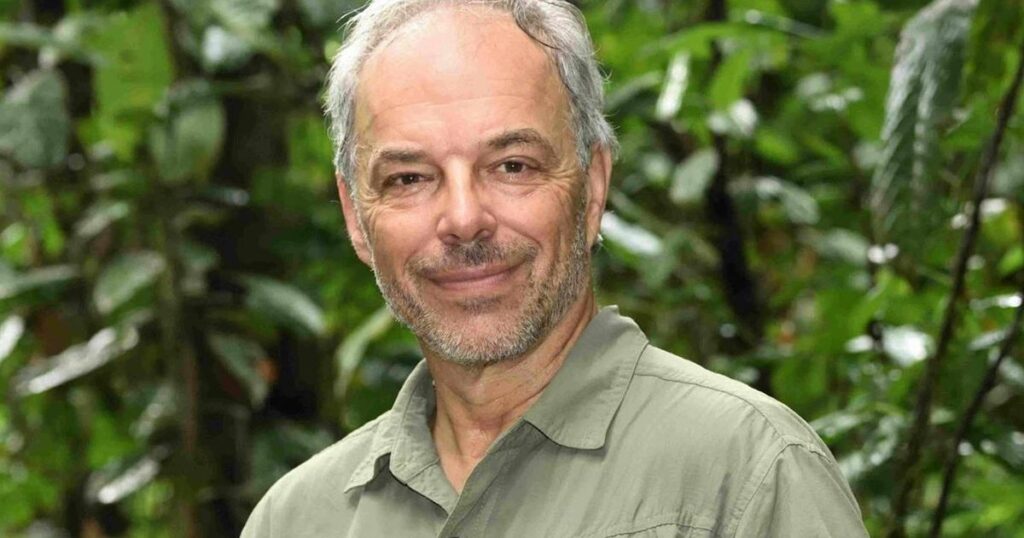 With spring around the corner, we’ll soon get to enjoy seeing a multitude of animals as they migrate back to New Jersey, come out of hibernation, mate and have babies, and raise their families.

Animal behaviors are fascinating: How do they know how to do everything from hunting for food to avoiding danger to taking care of their young? Are their behaviors instinctive or are they learned?  Do animals have their own social lives and culture?

Safina, a Brooklyn-born ecologist, Rutgers graduate, and author of many books about nature, makes the case that animals are more than what’s written in their genes. He describes some animal species with very strong cultures – much like human cultures – with members learning from experience and communicating that knowledge to others.

“The natural does not always come naturally,” he writes. “Many animals must learn from their elders how to be what they were born to be. They must learn the local quirks, how to make a living, and how to communicate effectively in a particular place among their particular group.”

While Darwin’s famous theory about the survival of the fittest explains how animal species have been successful, current research into animal culture offers a different perspective. Carl notes that genetics evolve over eons to improve survival, but having a culture of learning and sharing information helps animals adapt to rapid changes around them.

“An individual receives genes only from their parents but can receive culture from anyone and everyone in their group,” he writes. This allows pools of knowledge – skills, preferences, songs, tool use, and dialects – get relayed like a torch from generation to generation. “And because culture improves survival, culture can lead where genes must follow and adapt.”

In “Becoming Wild” Carl travels the world to visit scientists studying animals in the field. He focuses on three species: sperm whales in the Caribbean Sea, chimpanzees in Africa and macaws in the Amazon of Peru. What those three species have in common is a strong reliance on their cultures to improve their odds of survival.

In the section on sperm whales – the Biblical Leviathans, the largest of the toothed whales – Carl travels to the coast of Dominica in the Caribbean to visit researcher Shane Gero. Aboard Gero’s research vessel, Safina learns how sperm whales use loud sonar clicks – known as codas – to communicate with members of their own families and other families.

Though whales may be swimming or resting far apart by human standards, their ability to “talk” to one another allows them to share where food is located, warn of danger and even announce the birth of a new baby.

Sperm whales live in family groups made up of females of various ages, and the young. “For sperm whales, it takes a village to raise a child,” he writes. Baby sperm whales don’t accompany their mothers on long dives into the ocean depths to hunt for food, so mother whales rely on other female adults to watch over their babies. Distress calls bring instant help.

The next section takes Carl to Peru to observe research on scarlet macaws. These large, spectacularly colored birds in the parrot family have a remarkable ability to steal food from plates, and they have learned that tourists are easier marks than natives. Macaws also have the intelligence to find food that has been hidden from them, like the Christmas panettone that the researchers once tried to stash under a bed.

“Parrots are capable of recalling past events, thinking ahead, taking the visual perspective of others, and sometimes creating novel tools to solve problems,” he writes. They’re also social and seem to have a sense of humor; Carl says they hang out together and do goofy things like hanging upside down in tree branches.

Carl admires the cultures of other birds as well, especially skilled toolmakers. “New Caledonia crows make hooked tools, something even chimpanzees don’t do,” he writes. “And they make barbed tools from strips of particular palm leaves, with a thicker end to hold and a narrow tip that’s effective for getting insects out of crevices.” Juvenile crows learn from their elders, and each crow culture fashions its tools a bit differently.

In the third section, “Achieving Peace,” Carl visits researcher Cat Hobaiter in Uganda, where for years she has studied the never-ending power struggle of males vying for dominance. Alpha males in the chimpanzee hierarchy each bring their own leadership style. Some are warlike while others try to preserve group harmony. Or, as Carl puts it, “some chimpanzees become troublemakers; some are born peacemakers.”

He tells the story of Nick, an aggressive alpha male, who riled up other chimps to attack a new mother and kill her baby. Other females screamed in alarm but held back because they feared Nick. A researcher told Carl that Nick was beaten up as a youngster; in turn, he became a bully. “Even in chimpanzees, apparently, abuse can perpetuate abuse and lead to a kind of toxic masculinity,” he writes.

But no one likes a bully – especially females, who prefer protective leaders. Nick not only lost his position as alpha male, he plummeted down the chimpanzee hierarchy and died soon after. In a similar vein, Carl describes a combative troop of baboons that lost its most aggressive males to disease. A decade later, the troop had turned peaceful, as its males had all grown up without aggressive role models.

The book not only highlights animal cultures, it forces us to rethink what it means to be human. If we think we’re unique among species for having a culture – communicating through language, using tools, appreciating beauty, having a sense of fun, or even learning to be bad – it’s time to reconsider.

“Becoming Wild” inspires more careful observance of nature. We may not be able to observe macaws, chimps and sperm whales, but we can watch the animals around us with fresh eyes and an enhanced sensitivity to the complexity of animal behaviors in this state we’re in.

To find out more about Carl and his books and other writings, go to www.carlsafina.org.