There aren’t too many people about whom you can say, “If not for him, many of the most beautiful, unspoiled places in our state would not exist today.” Franklin E. Parker III was one of those people. 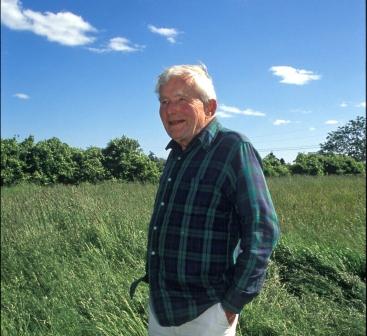 Frank was one of New Jersey’s true conservation pioneers. An attorney by vocation, his passion was land preservation in the Garden State and beyond. A myriad of conservation groups succeeded due to his leadership and vision.

He served as the inaugural chairman of the New Jersey Pinelands Commission, established in 1979 to enforce laws protecting the Pine Barrens. He was a co-founder of New Jersey Conservation Foundation and a longtime trustee and former president. He founded and served as director of the New Jersey office of the Trust for Public Land. He was on the boards of numerous conservation organizations.

It is a testimony to Franklin Parker's legacy that grants supporting the work of New Jersey land conservation groups are named in his honor.

About The Franklin Parker Grants

The purpose of the 2021 Franklin Parker Community Conservation Grants Program is to provide essential resources to nonprofit organizations addressing environmental challenges and improving quality of life for communities of color throughout New Jersey.