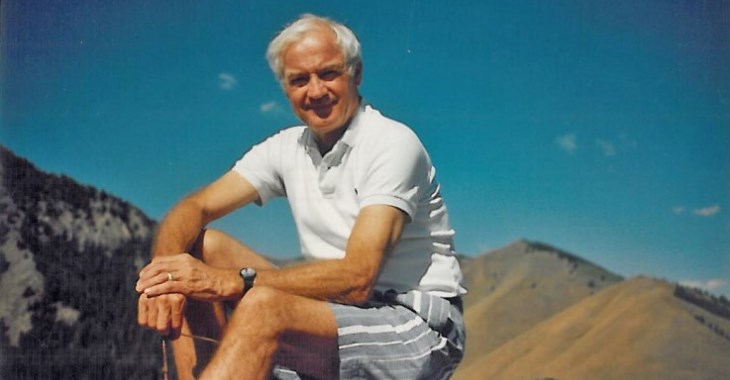 The late David Bolger loved the patch of woods behind his home in Midland Park, Bergen County, where he raised his family.

“Those woods were one of his joys,” recalled David’s son, J.T. Bolger. “We spent many a time in those woods. It was like our oasis. We used to eat the blackberries off the bushes that grew there.”

David Bolger – well known locally for his philanthropy – placed a conservation easement on the woods in 1979 to make sure they could never be developed by a future owner.

Mr. Bolger passed away in December 2018 at the age of 86. Now, in his memory, the Bolger Foundation has donated 2.9 acres of woods off Elm Court to New Jersey Conservation Foundation for a pocket-sized nature preserve in a heavily suburbanized area.

“We really appreciate this donation from the Bolger Foundation,” said Michele S. Byers, executive director of New Jersey Conservation Foundation. “It’s one of the last remaining forested properties in the area, so it’s important for wildlife – and also for local residents looking for a quiet place to connect with nature.”

J.T. Bolger said his father, who grew up on a farm in Pennsylvania, believed in spending time outdoors. On weekends, he would tend the woods behind his home, clearing dead brush and picking up litter. J.T. added that his father habitually cleaned up trash and litter wherever he went, and encouraged his children to do the same.

David Bolger was also interested in land preservation on a larger scale. He was friends with Fred Ferber, inventor and manufacturer of ballpoint pens, who owned considerable land in North Jersey. Bolger worked with former New Jersey Conservation Foundation executive director Dave Moore to preserve about 3,000 acres of Ferber’s woods, which are now part of Wawayanda State Park.

Bolger’s own patch of woods is home to over 70 bird species, including great-horned owls, hawks and migratory songbirds.

“My father’s goal was to have it preserved for people to enjoy and walk,” said J.T., who serves as a trustee of the Bolger Foundation. “We hope the public realizes it’s there and gets to use it. And maybe they’ll pick up a piece of trash or two. My dad would like that.”

New Jersey Conservation Foundation is a private nonprofit that preserves land and natural resources throughout New Jersey for the benefit of all. Since 1960, New Jersey Conservation has protected 125,000 acres of open space – from the Highlands to the Pine Barrens to the Delaware Bayshore, from farms to forests to urban and suburban parks. For more information about the Foundation’s programs and preserves, go to www.njconservation.org or call 1-888-LAND-SAVE (1-888-526-3728).

About the Bolger Foundation