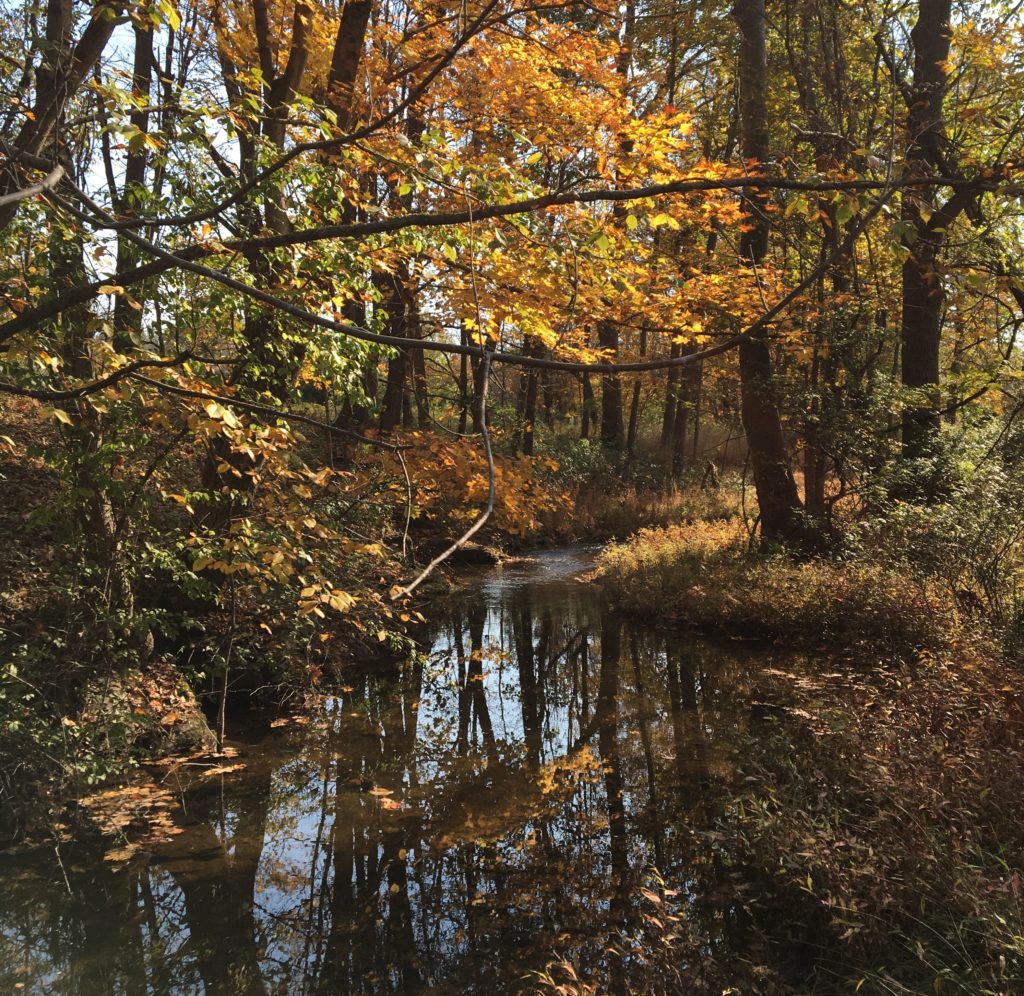 EAST AMWELL TOWNSHIP – A decades-long vision of establishing a 1,150-acre nature preserve in the Sourland Mountains was just realized with the purchase of an additional 110 acres of farmland and forest in East Amwell Township, Hunterdon County.

The preserve straddles the border of Hunterdon and Somerset counties in one of Central Jersey’s most scenic and ecologically important areas.

On Dec. 7, New Jersey Conservation Foundation and its partners acquired 110 acres near the corner of Wertsville and North Hill roads for $1.62 million from Wertsville Industries, a family-owned company that operated the land as a farm since the early 1940s. The property includes a tributary of the Neshanic River, a source of clean drinking water for the region.

The Wertsville Industries purchase came six weeks after New Jersey Conservation and many of the same partners teamed up to acquire 268 adjoining acres from landowner John Higgins.

“With these two new parcels, the preserve in the beautiful Sourland Mountains now totals over 1,150 contiguous acres for public enjoyment and wildlife habitat protection,” said Michele S. Byers, executive director. “We’re very grateful to all of our partners for making this possible, and we are thrilled to open this spectacular land to the public.”

Samir Shafei, whose late wife’s family bought the East Amwell property after moving from Tennessee in the 1940s, said he is pleased to see the land permanently preserved.

“I really love New Jersey and I love that farm,” said Shafei. “I’m really happy it’s going to stay green for the rest of its life. I feel proud that I can contribute to that environment.”

His wife, Susan DeJongh Shafei, who passed away in 2017, spent much of her childhood on the farm that had been purchased by her uncle, Owen Denton, and her mother, Leona Denton. The farm was a gathering place for family members, who came out from New York on weekends to ride horses and pitch in with chores like hay baling, growing wheat and tending to the pigs and cows.

“If was a farm for sharing, for everybody to be riding horses,” recalled Shafei. “It was really fun for everyone to be together on the farm, bailing the hay. It was a lot of hard work, but it was fun. It’s just a wonderful memory for me.”

With the two new additions, the preserve in the Sourlands now totals 528 acres in East Amwell, Hunterdon County, and over 600 acres in neighboring Hillsborough Township, Somerset County. The land will be managed as a single preserve spanning the two counties.

The new preserve will be available for passive recreational activities, including, hiking, horseback riding, birding and nature observation. The preserve includes some existing trails and a formal trail system is planned for the future.

New Jersey Conservation Foundation spearheaded a partnership of public and private agencies that contributed to the preservation of the Wertsville Industries property, including the state Office of Natural Resource Restoration, the New Jersey Green Acres Program, Hunterdon County, East Amwell Township and the 1772 Foundation.

Part of the funding came from a multimillion-dollar settlement with the State of New Jersey over longstanding pollution in Central Jersey. Wyeth Holdings, a subsidiary of Pfizer, agreed this fall to pay $4.2 million to compensate for natural resource damages related to groundwater pollution at the American Cyanamid Superfund site in Somerset County.

“We are pleased to partner with the New Jersey Conservation Foundation and East Amwell in expanding the Sourland Mountain Preserve, a picturesque and peaceful place that is one of New Jersey’s hidden gems,” said Department of Environmental Protection Commissioner Catherine R. McCabe. “Land preservation is a critical component of the DEP’s efforts to protect against climate threats.  The preservation and stewardship of natural lands sequesters carbon that contributes to global warming while protecting water quality and habitats for plants and animals. And, as we have grown to appreciate even more over the past year, these lands provide important places for people to unwind and connect with nature.”

“It has been wonderful to see this project take shape, and having over 500 acres preserved of the Sourland Mountains in Hunterdon County alone is a great feat by New Jersey Conservation Foundation,” said Hunterdon County Freeholder Director Shaun Van Doren. “Hunterdon County is proud to be a partner in the preservation of this unique area.”

“The residents of East Amwell Township are grateful to New Jersey Conservation Foundation and its partners for their efforts in preserving this environmentally important and beautiful property in our township,” said East Amwell Mayor Richard Wolfe. “We look forward to continuing and growing our relationship with NJ Conservation Foundation and getting even more of our farm and wood land into preservation.”

“The 1772 Foundation, Inc. in Providence, Rhode Island, is delighted to have joined with the New Jersey Conservation Foundation in the preservation of this property in East Amwell, a portion of which is along a tributary of the Neshanic River. This preserve can now be enjoyed by the public for many years to come,” said B. Danforth Ely, President of the 1772 Foundation.

The Sourland Mountain region is an expansive green swath of intact forest and farmland spanning parts of Hunterdon, Somerset and Mercer counties. It extends from the central part of Hillsborough Township southwest to the Delaware River in West Amwell, Hunterdon County, and Hopewell Township, Mercer County.

The Sourlands contain over 20,000 contiguous forested acres, which protect the headwaters of streams flowing to the Millstone, Raritan and Delaware Rivers and the Delaware & Raritan Canal.

In addition, the Sourlands serves as a stopover for migratory birds that travel between South America and the boreal forests of Canada, and for those that travel from Central America to New Jersey to breed. The area also supports a large population of forest interior birds such as scarlet tanagers, Kentucky warblers and red-shouldered hawks.

New Jersey Conservation Foundation is a private nonprofit that preserves land and natural resources throughout New Jersey for the benefit of all.  Since 1960, New Jersey Conservation has protected 125,000 acres of open space – from the Highlands to the Pine Barrens to the Delaware Bayshore, from farms to forests to urban and suburban parks. For more information about the Foundation’s programs and preserves, go to www.njconservation.org or call 1-888-LAND-SAVE (1-888-526-3728).