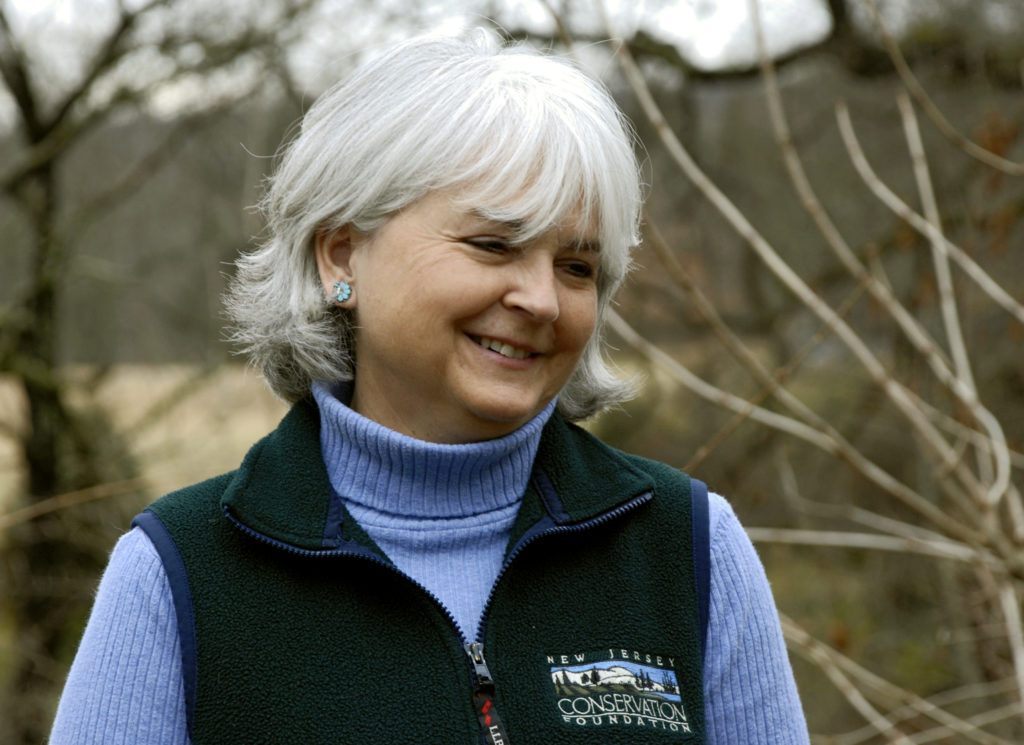 Michele S. Byers, executive director of the nonprofit New Jersey Conservation Foundation, was named an “Honorary Member” of the Garden Club of America this week, becoming one of only about 80 people so honored in the past 100 years.

“Each year, the Garden Club of America recognizes men and women with an established reputation in horticulture or conservation, or with knowledge and interest in the purposes of The Garden Club of America, with honorary membership,” explained Pamela Hirsch, admissions representative for the club’s Zone IV, which includes New Jersey.

“This year, the Admissions Committee selected three new candidates for honorary membership and I am thrilled to announce that Michele Byers was one of those selected,” said Hirsch. Also honored were Allen Bush, a horticulturalist from North Carolina, and Christopher Norwood, a floral expert and president of the Arkansas Florist Association.

“This is truly a well-deserved honor,” said Rosina “Nina” Dixon, president of New Jersey Conservation Foundation’s Board of Trustees. “There’s no one more passionate about preserving New Jersey’s lands and natural resources than Michele Byers.”

A Bedminster resident, Byers has been with New Jersey Conservation Foundation for more than half of its history. She joined the organization in 1982 as coordinator of advocacy efforts in the Pine Barrens, and in 1999 was asked to move into the top position.

Through the years, Byers has made a significant impact on the state’s Farmland Preservation Program, Highlands and Pinelands preservation, Camden City’s Cooper River Greenway, and thousands of acres of preserved lands throughout the state. Landmark environmental laws were passed with New Jersey Conservation Foundation’s advocacy and guidance, including the Freshwater Wetlands Protection Act and the Pinelands and Highlands regional planning acts.

Byers and the other two honorees will receive their awards at the Garden Club of America’s annual meeting in Asheville, N.C., in May.

The Foundation will celebrate its 60th anniversary on Saturday, May 16, at a gala event, Field & Fashion, at Cedar Lane Farm in Oldwick.

For more information about the 60th anniversary celebration or New Jersey Conservation Foundation’s programs and preserves, go to www.njconservation.org or call 1-888-LAND-SAVE (1-888-526-3728).