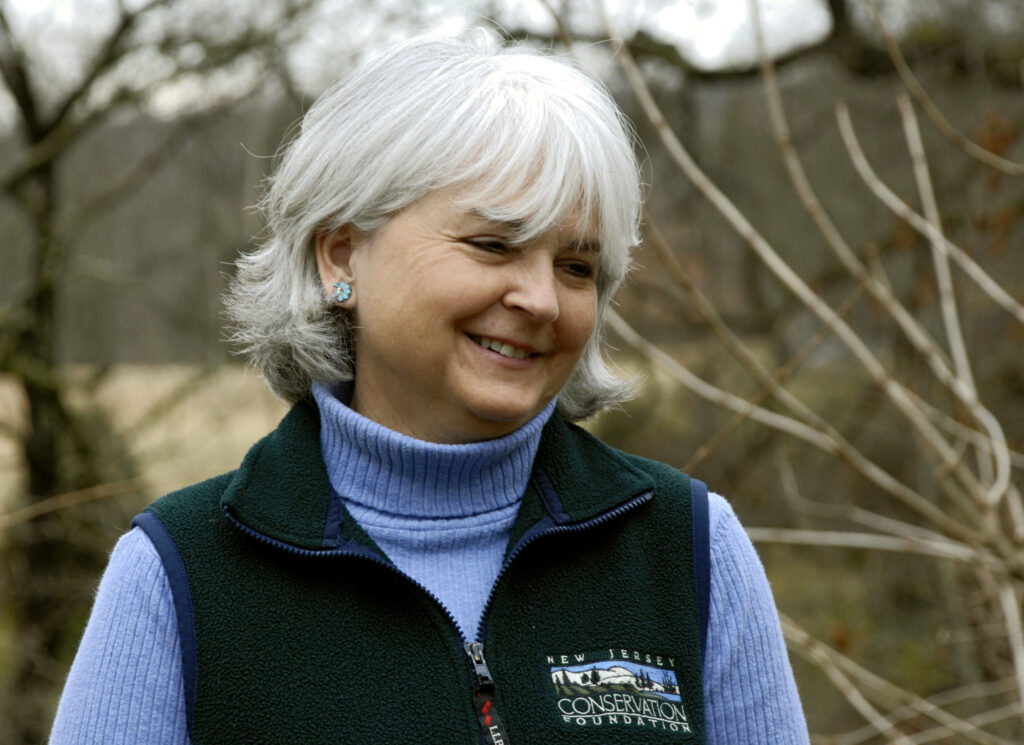 FAR HILLS – Michele S. Byers, the recently-retired executive director of New Jersey Conservation Foundation, has been chosen for a prestigious national medal from the Garden Club of America (GCA).

On Monday, the Garden Club of America announced 10 recipients of its 2022 national medals, the highest honors bestowed on individuals or institutions for distinguished achievements. The GCA will present the medals at its annual meeting in Parsippany, N.J., this coming April.

Byers was chosen for the 2022 Frances K. Hutchinson Medal, awarded for distinguished service to conservation, in recognition of her decades of work to conserve natural lands.

“I am honored and humbled to be recognized by the Garden Club of America along with so many conservation greats,” said Byers. “Having a wonderful board of trustees and staff at my side made all the difference, and this award would not have happened without them.”

A resident of the Pottersville section of Bedminster Township, Byers retired on Dec. 31 as New Jersey Conservation Foundation’s executive director after 22 years at the helm. Her career at the nonprofit had spanned nearly 40 years.

She led the organization in working hand-in-hand with civic groups and four former New Jersey governors to preserve the iconic view of the Palisades, and to revitalize urban parks and green spaces in Camden, one of America’s poorest cities. Byers served on the New Jersey State Planning Commission for more than 10 years, helping to promote land preservation and appropriately located growth.

“A model of leadership for conservation groups across the country, Michele Byers has an inspiring record of success in conserving the best of New Jersey for present and future generations,” according to the Garden Club of America announcement.

Rosina Dixon, president of New Jersey Conservation’s Board of Trustees, said she was thrilled to learn of the GCA medal.

“It is a huge honor to have Michele Byers chosen for the Garden Club of America’s prestigious Frances K. Hutchinson Medal,” said Dixon. “Michele is a passionate, dedicated conservationist who made an enormous impact on land conservation in New Jersey and throughout the nation.  I can’t think of anyone who deserves it more.”

For a full list of 2022 Garden Club of America national medalists, go to https://www.gcamerica.org/news/get?id=3670.

For more information about New Jersey Conservation Foundation and its programs and preserves, visit www.njconservation.org or call 1-888-LANDSAVE (1-888-526-3728).